Learn the stories behind three of Nashville’s most popular culinary and drinking destinations! You’ll go behind the scenes to get a taste of the best of the Music City on this tour.

This Nashville drinking tour includes sipping a frosty seasonal pint at local craft brewery while relaxing in their taproom. The Nashville is full of popular craft breweries, such as the beer maker Bearded Iris Brewing, who has been named one of USA Today’s “10 Best New Breweries,” and was on Food & Wine’s list of “Best Craft Breweries 2018.”

This tasting experience will have you immersing yourself in culinary traditions at a local Nashville barbecue restaurant sampling a flight of house-smoked meats matched with three beer or spirits pairings. You’ll learn about southern BBQ techniques from a master while you sip and sample.

Guests will then sample some of Nashville’s best bourbon along with other award-winning whiskeys on an in-depth tour with tasting at Nelson’s Green Brier Distillery, the home of Belle Meade Bourbon, or another local Nashville distillery based upon distillery room availability. Explore the story behind the world's most famous whiskey 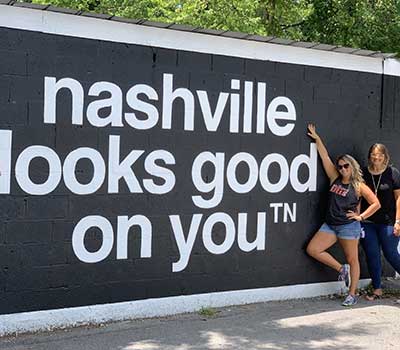 Design your day filled with whiskey, music, food and more